Measuring ROI on Social Media: Is it Possible?

Active on social media? Time to see if your efforts are paying off. 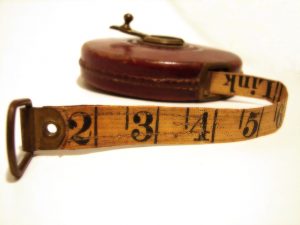 Any business desiring even the slightest bit of exposure now has no choice but to develop a web footprint. Social media has become a must. These days, if your business doesn’t have an active presence on Facebook and LinkedIn,  and possibly also Twitter, Google Plus, and Pinterest, it’s akin to not having a website at all – you might as well not exist.  The question is no longer whether to engage in social media, but rather how much.

To determine your level of social media resource allotment, you’ll likely want some hard measures for ROI. The thing is, social media is more of a soft lead generator – its efforts are more art than science, more instinct than statistically measurable. Social media is more of a prime platform for fostering connections at a grass roots level, of increasing one’s branding influence and recognition personally, and of engaging viewers in an ongoing, accessible fashion.

That having been said, there are indeed ways to measure social media’s traffic and conversion effects to a degree.

1.  Google Analytics: There is a basic Google Analytics report you can generate which will tell you how much traffic is coming to your site from your social media presence.

2.  In-site Ad Campaign Tools: Facebook, for example, has its own report to tell you how your promoted posts are doing, and how many people are seeing them. It will show you bang-for-your-buck (we really ought to coin “click-for-your-buck”) via the number of clicks on your advertisements. You can match these stats with revenue over time to gain a better understanding of the value of your advertising campaigns on social media sites.

3.  Measuring the Likes, Shares, and Comments on Your Posts:  This is called engagement (how your community is interacting with you) and may indicate interest level for any particular post. You can measure this by using a free tool like TwentyFeet. One can play statistical games with these numbers, such as the average number of Likes, Shares, and Comments per post, and chart their progress. These tools are also available within the social media sites.

You can utilize the above measurements in comparison with sales tracking to see if there is any statistical correlation (i.e., are my sales increasing along with my numbers of shares or increased traffic from my social media sites?) Just keep in mind that, as always, stats can be misleading at times. For example, a reader might not click directly from your post to your website, but rather bookmark your website for future reference, in turn accessing it directly via a branded search.  In addition, some web users utilize software which blocks any tracking of their web usage, rendering their activity invisible to analytics. So, while at face value these stats are considered accurate, their ROI value is to be taken with a grain of salt.

Yes, there are tools out there. However, one suggestion is simply not to spend too much time on the stats. Use the social media site’s reports and match them up with your sales over time. Otherwise, you might get bogged down in the noise of curiosity, which might be interesting but doesn’t really tell you anything.

In the end, social media is like much of the marketing world – its ROI is not necessarily directly measurable. It’s recommended to give social media a good two years to really measure influence on sales, keeping in mind it won’t necessarily be a direct cause and effect. Without question though, social media is a robust opportunity to present your business to your audiences, and that alone is worth it.