Managing Virtual Teams (Without Shooting Yourself in the Foot)

Use each other's strengths to build your business 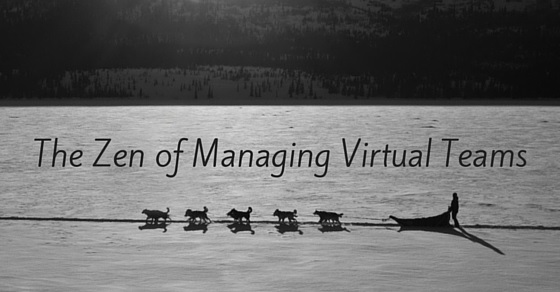 One of the most rewarding scenarios in which I’ve been honored to take part over my nearly six years with Virtual Assistant Israel is to take part in the building of a virtual team. Most of our clients come to us as part of a program to take their business to the next level, making us privileged to help grow their client base.

Generally, we start by freeing up the entrepreneur’s time that is taken by tasks related more to business-in-general rather than their specialty. While some business owners are happy leaving things at that level, still others continue to grow their companies to a point requiring even more help. That’s when we start building a team.

For example, I was honored to work on a team that began with a professional who had once worked for a large company. He decided to go independent and opened his own business. After three years, he was feeling overwhelmed with numerous clients, entailing quite a bit of correspondence and scheduling. These duties were taking time away from his availability for his clients. That’s when he came to us at VAI.

I became his assistant, beginning with taking care of that correspondence and scheduling, and gradually planning his travel and price comparisons between suppliers. As he began to have more time available, having unloaded these tasks to me, he had more time to spend on servicing clients. That led to time spent by me, researching his competitors. With more knowledge, he felt ready to expand his business further. This is where team building comes in.

Our professional management team keeps tabs on all employees’ experience and areas of expertise. We brought in a social media expert, who developed a winning campaign, which slowly brought our client’s company more and more business. We brought in a website builder and added SEO, and there we go – our client’s business continues to expand. We feel great at the part we have taken in this resounding success.

We understand that our clients may have other service providers on their teams, along with our employees, and that’s great, too! Having a coordinated team doesn’t just add productivity, it multiplies productivity.

Then there’s the opposite scenario, to which I have also, unfortunately, been a party. This is the scenario in which, for whatever reasons that were never shared with me, the client chooses to build a team, but never informs the members (or at least me) about the other members of the team – who may or may not change periodically. This left a large portion of my time booked to the client spent nearly running around in circles, leading to very low output productivity.

Not only is that a frustrating situation for me, it’s also aggravating for the client. The back-and-forth emails, plus the queries crisscrossing the globe to track down missing passwords, and numerous other complications and bugs, were all made up of my billed time and the client’s time – an all-around inefficient plan.

There were also complaints. Why wasn’t the blog post showing up at the mid-day time we had agreed upon? Because the unknown entity also accessing the blog had re-set the clock location to the time zone of the Philippines.

Processes we had established were not being followed, so there was no way to figure out what was being done, by whom and how, and to which specifications. Here I was, trying to work some elementary tools of SEO into the client’s blog posts, but that’s difficult when said posts are appearing from nowhere, sometimes published with a plethora of spelling and grammatical errors, with no way of knowing which keywords were even supposed to be targeted by the text.

While it is, of course, entirely the client’s prerogative to hire employees for her or his company, as a Virtual Assistant, I suggest, request and beg our clients to allow all their employees to build on each other’s strengths in order to strengthen their companies. Secrets within a team serve as unnecessary obstacles to efficiency and productivity and eventually jeopardize success.

Build your business up for the win!